Detail Artisan strives to provide its exclusive clientele with a convenient and universal solution to customize their vehicles from our two studios located in Sydney & Melbourne. We make sure all our technicians are trained to the highest degree and strive to provide excellent window tinting for NSW clients. Furthermore, we make sure we use the best and specialized equipment and partner with the best brands in each industry that share our philosophy of perfection.

Our Window Tinting is a unique process. Having tinted luxurious vehicles and super cars, we know that it requires exceptional trust and the technical know-how to be able to ensure that we provide scratch-free, bubble-free and a quality finishing of tint that lasts for years.

While there are many brands available such as 3M or SolarGard, Detail Artisan exclusively uses Johnson Window Films and Suntek Tint Films as they are highly regarded as the best films available in the market with superior performance and clarity versus cheaper films manufactured by less reputable brands.

WHY TINT YOUR CAR WITH DETAIL ARTISAN SYDNEY?

Window Tinting is one of the essential aftermarket upgrades we recommend for your vehicle. Most clients choose to get their vehicle tinted at the same time when applying their paint protection ceramic quartz coatings. Click here to see our paint protection.

Window Tint comes in a variety of film types varying in performance and shades – which dictating how dark the window tint can be. Overall, the major benefits of having window tint include:

OUR SYDNEY PROFESSIONALS HELP CHOOSE THE RIGHT TINT FOR YOUR CAR

It is important to be informed and know what kind of results you expect from your tint. Pricing is, of course, an important factor, but beyond that, there are a few other important considerations when choosing the right tint for your car. Please have a look at the following points for consideration:

It is important to note that in NSW & VIC, the darkest legal limit for window tint is 35% VLT. VLT stands for Visible Light Transfer or more simply, how much light it lets in. If the tint is darker than this, road rules state that it becomes a hazard or safety concern. Detail Artisan can offer a variety of window tinting darkness from 80% VLT – which is very clear – to 5% VLT – which is pitch dark and blocks almost all vision.

Detail Artisan has a variety of tinting solutions to suit any of the points above. Depending on which ones would appeal to you, we can help you find the right solution. Below, we have some key information regarding some of the premium brands that we offer, the different packages and some different pricing information.

Within availability of various brands of window film, tinting films are classified into different categories. These ranges not only dictate cost but also determine the performance of the film depending on the technology of their construction as the films actually multiple layers.

Carbon Films are normally introductory films and the most economical. Its primary advantages include truer and deeper black in appearance and resistant to fading. The drawback is that while it rejects heat, blocks UV rays, and reduces glare, it only does so at a mediocre level. The more heat the films reject, the darker is the VLT percentage.

Metallic Films are an older technology that provides superior heat resistance to carbon films, which was harder to achieve a few years ago. As a result, they have a slightly reflective appearance as a result. They have become less popular with the introduction of true ceramic films and the fact that they interfere with GPS, radio and phone signals. 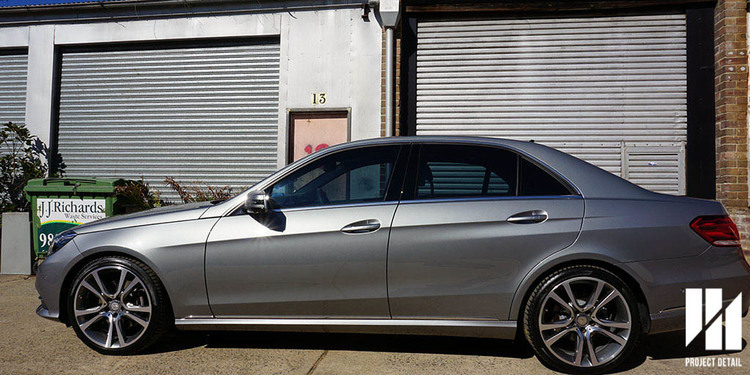 The primary choice of window tint we choose to work with is Johnson Window Films. Johnson’s is widely regarded as one of the best, if not the best, window film available, as the clarity and results is far superior when compared side by side to other brands. Manufactured in Southern California, Johnson Window Films stands by their company motto ‘the truth is in our films,’ meaning their films and results literally speak for themselves.

It is important to remember while considering tint for your car that Johnson Window Film is a premium choice. Therefore, the pricing is higher than many other brands. The following is some of the Johnson Window film ranges we offer Click each link to visit Johnson’s site for more information:

Renegade – A quality polyester film which has excellent clarity and is designed to match factory tinted windows. 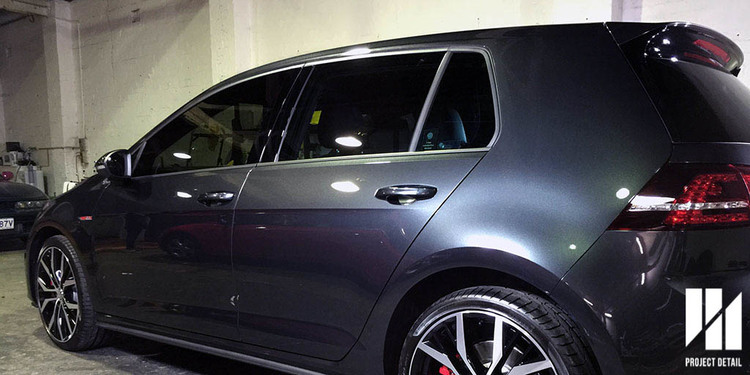 Detail Artisan also offers a select range of quality films from Suntek, which is manufactured in Virgina, USA. Suntek also being an industry leader, produces a number of quality and cost effective films. These films are up to date with modern colours and shades that closely match factory tinted glass and provide fantastic heat resistance, UV protection, privacy and fantastic looks.

Compared to Johnson Window Film, Suntek provides a more cost effective option while still being a fantastic quality film. If you more inclined to be budget conscious, consider the following range of films:

Typically a full tint service takes around 2-3 hours to complete but this timing may vary depending on the type of car and also the complexity of the seals and door trims etc.

*Important note – All prices Inc GST &  All vehicles are different and subject to different pricing.

The films and services above represent the most popular and common options. If you would like a more tailored approach for your car, please contact Detail Artisan here and allow us to walk you through the process. Average costs and times are generalised from our experiences, depending on the make and model or the kit desired it, time’s may vary.

It is important to note that the quality of Johnson Window Film is vastly superior to Suntek and any other film on the market hence why the price is a lot higher. The optical clarity is extremely clear with little distortion compared to other films.

All of our tinting work is covered by Detail Artisan’s lifetime warranty.  Any tinting we undertake, if the film bubbles, discolours, edges lift or any installation faults, we will rectify at no charge. However, because of this policy Detail Artisan is very firm with its pricing policy in order to provide the best service with a transparent warranty.